Skip to content
KJC Drainage is operating as per usual but we are taking precautions to maintain hygiene and use personal protective equipment where necessary.

What Causes a Blocked Drain? 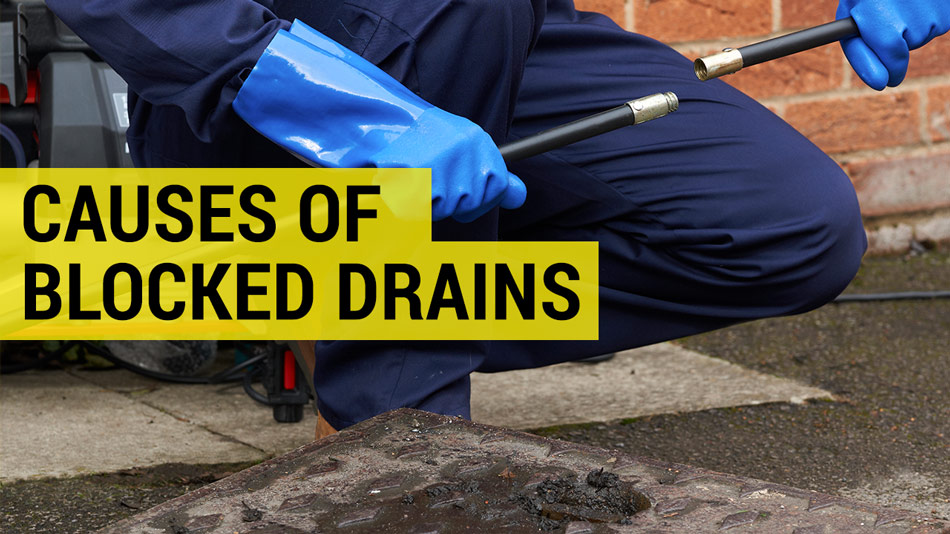 Share on facebook
Share on linkedin
Share on twitter
Share on email
Contents show
1 What causes a blocked drain?
1.1 Soap, Shampoo, and Other Substances
1.2 Hair and Skin Cells
1.3 Food
1.4 Toilet Paper and Baby Wipes
1.5 Sediment, Dirt, and Mineralisation
1.6 When Should I Consult a Plumber for Drain Blockages?
1.7 Can a Blockage Ruin Drainage Systems?
1.7.1 In Summary
1.7.1.1 Related:

When it comes to the proper functioning and maintenance of our homes, there are few things quite as bothersome as blocked drains. Clogs are cumbersome because they slow down the tasks we use our sinks and showers for and they are usually disgusting in both sight and smell. Blocked drains can be relatively simple to fix, or they can be complex tasks that require extensive professional repairs in the hidden plumbing. This list will seek to explain the most likely culprits that cause blocked drains.

What causes a blocked drain?

Blocked drains are a result of residue build-up from either food or substance particles over time. Once the residue forms to the point where running water cannot flow freely, an obstruction is caused which requires removal.

Soap, Shampoo, and Other Substances

Drains are designed to remove water that is not being consumed, but this also means that everything else we add to the draining water is also going down the pipe. When you clean your shower, you have undoubtedly noticed soap scum along the tile and edges of the tub, which means that this collection of dried soap is also lining the pipes of both bathroom and kitchen sinks.

You can easily clean soap and shampoo residue out of a shower or tub, but cleaning the pipes below the drain is not something you likely think about on a daily basis. Soap and shampoo scum form due to the increased content of greasy substances used to form the cleansers, which when combined with mineral and calcification deposits in water, causes a build-up in piping that can form a blockage over time.

You cannot be expected to part with soap and shampoo, and who on earth would want to anyway. Therefore, periodic cleaning of bathroom and kitchen pipes can easily prevent any such blockages from occurring.

In keeping with the residue caused by soap, shampoo, shaving cream, and other cleansers lining the inside of pipes, hair and skin cells can actually work towards increasing a blockage much sooner. Individual strands of human hair are not thick, but over time the strands and follicles can cling to soap scum and cause a particularly stubborn blockage.

Trapped hair can sometimes be removed by using a drainage rod to continuously fish out the hair causing the clog. Once an obstruction has been removed, drain guards are a good product to install on the shower or sink drain. These guards will cover the drain with just enough leeway to allow flowing water to run down the drain while hair is trapped on the top of the guard.

The kitchen sink strives to make our lives easier, but there is only so much the drain system beneath it can take. Food is the number one cause of kitchen sink blockages, and even if you strive to keep food from going down the drain, there is really no way to stop particles from building up in the piping over time.

To avoid potential blockages from food, always strive to ensure that you never dispose of grease or any fatty waste in the kitchen sink. Grease sticks to the lining of pipes and continues to build-up with food particles to cause particularly messy blockages. Stick a post-it note above your kitchen sink to always remind yourself or anybody else to dispose of grease in a thick bag to immediately be taken to an outside bin.

Rubbish disposals are even more problematic. Although it makes sense to use a garbage disposal for easy and less messy food disposal, it is only a matter of time before the system becomes clogged. Most rubbish disposals can only handle liquified food that has not thick or obstructive consistency. Large chunks of food should never be put into the disposal and any food that is put in should be mixed with hot running water.

Toilet paper is the culprit for blockages that is most readily recognised by virtually anybody. Toilet paper is frequently disintegrated by its exposure to water, but it does not completely disappear. The paper is broken down into smaller particles which can cause a blockage when the paper coalesces into a large mass.

You can sometimes try and fix a toilet paper blockage by using a drainage rod, although it would be wise to identify what is causing the blockage. If the blockage is indeed due to paper, a drainage rod can fish out the blockage, but this will take a great deal of time. Baby wipes should never be flushed down the toilet due to the thick dexterity.

If toilet paper blockages are a recurring theme, you can always place a lined rubbish bin near the toilet for toilet paper disposal. This may not be the most pleasant remedy, but it will certainly prevent a blockage due to toilet paper.

Dirt, grime, and sediment are likely to cause blockages in both shower and washing machine drains. While small amounts of sediment are perfectly fine for most drains, it is easy to forget to shake clumps of excess dirt from heavily-soiled clothing before placing the clothing in the washing machine. This can also apply to showers.

Once dirt and sediment begin to cling to other obstructions, such as soap scum, a blockage is only a matter of time. Drain guards placed on top of a drain may be able to catch clumps of dirt or sediment when showering, but there is no such safety net when it comes to a washing machine drain. Always ensure that you remove dirt and sediment outdoors before placing such clothing in a washing machine.

Mineral deposits are likely the least thought about when it comes to causes of drain blockages. These deposits, along with calcification, can grow exponentially over time, especially if you live in an area that experiences hard water. To avoid a mineral deposit blockage, you should periodically use a descaling solution to both soften the deposits and loosen them for proper drainage. 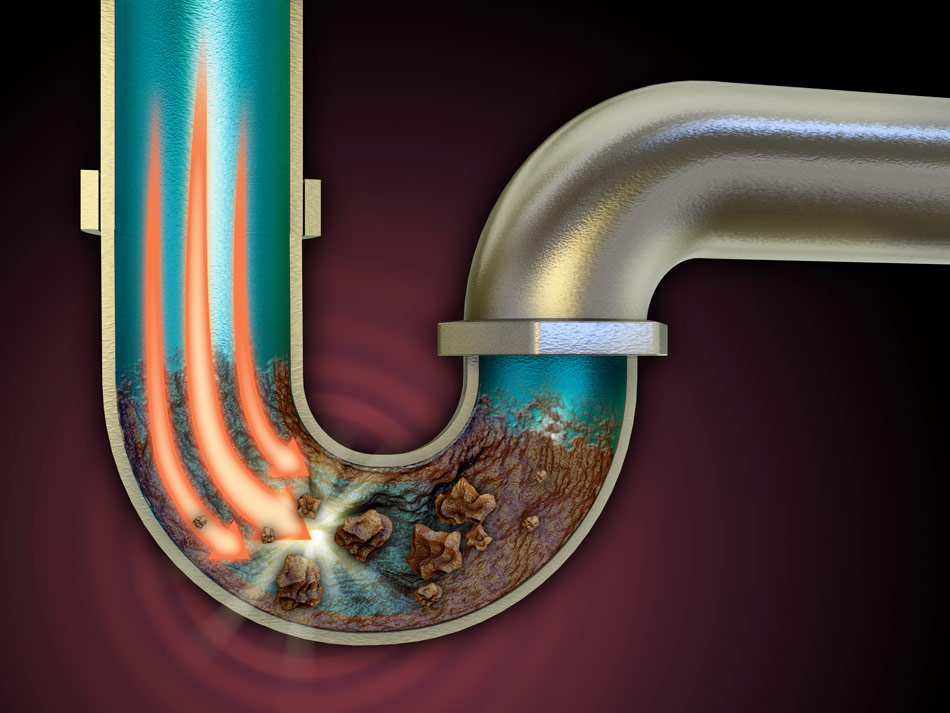 When Should I Consult a Plumber for Drain Blockages?

There are some drain blockages that are an easy fix, but in all honesty, this is not always the case. Most drain blockages can form deep down in the piping, which is inaccessible without proper disassembly of a drainage system and the required tools. If you attempt to correct a blockage to no avail, a professional drainage company can always provide a consultation and assessment of the problem.

Can a Blockage Ruin Drainage Systems?

If a blocked drain is left unattended for too long, there is the possibility that the blockage can overload with activity and cause a burst pipe. This is not something that you want to happen. Stubborn blockages are sometimes ignored while the homeowner continues to use the drain even with the active blockage.

This will cause an intense amount of pressure to build against the lining of the piping, which can either cause a severe back-up into the drain, and subsequently all over the home, or, the drainage system to simply collapse due to the overload. Whenever you notice a drain blockage, always assess the problem to your specifications. Plumbing professionals are skilled at addressing virtually any kind of drain blockage.

Blocked drains are common occurrences in residential homes. Virtually every homeowner can expect to deal with one at one point or another. There are a whole litany of causes behind blocked drains, some common and popular, and some likely to not even register in the common knowledge about drain blockages. Soap, shampoo, shaving cream, hair, skin cells, food, and toilet paper are all substances that frequently clog drains.

Mineral deposits, along with dirt and sediment are also causes for drain blockages even though we do not frequently think of these causes. Drain guards are also a good investment to easily trap any obstructing substances from entering the drain and causing a blockage.

A professional plumber is best suited to diagnose these problems, but the inspection can be carried out by visually observing an overflow in the drains within your home. Water and substances will back up into these drains when it has no other exit point to escape into the mainline sewer system. A professional will use a complex set of tools to probe the interior of the drain to diagnose any obstruction, which can then be removed. 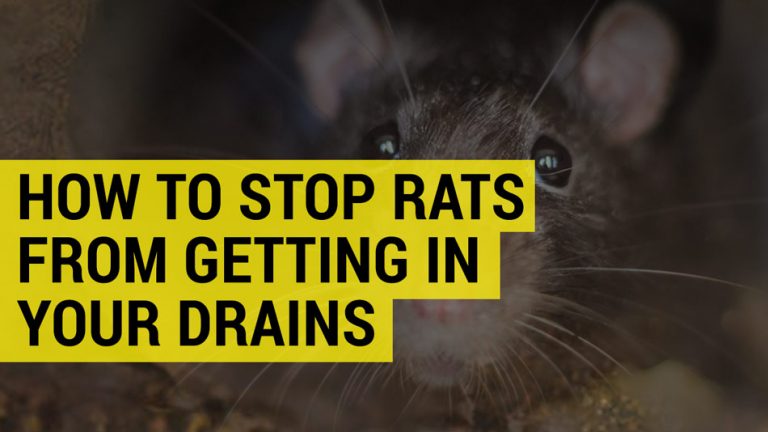 How to Stop Rats Getting in Your Drains 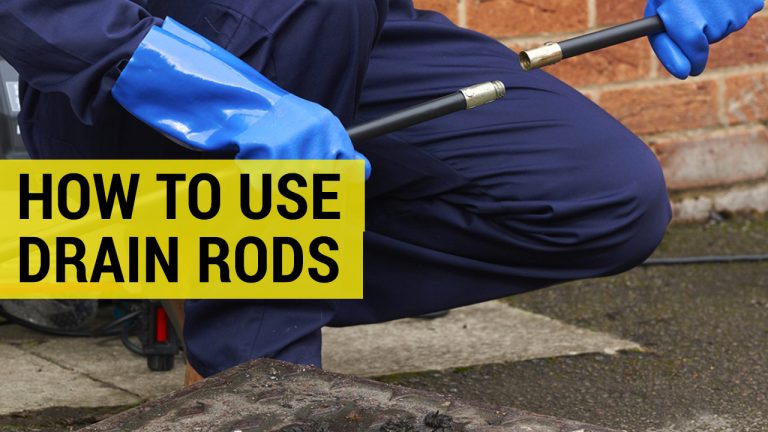 How to Use Drain Rods

We specialise in drain clearing services, maintenance cleans, CCTV surveys and full homebuyers drainage surveys, all drain repairs whether by way of excavation or lining, soakaway and surface water solutions, pest control and investigation across the Hampshire area.
 5/5

KJC Drainage is rated 5 out of 5 based on 427 reviews on Checkatrade.

We are available for emergency 24 hour drain clearance 7 days a week. Contact us for a FREE quote and no-obligation site survey.
SEE OUR SERVICES

Request a call back by a drainage expert