Signs You May Have a Collapsed Drain 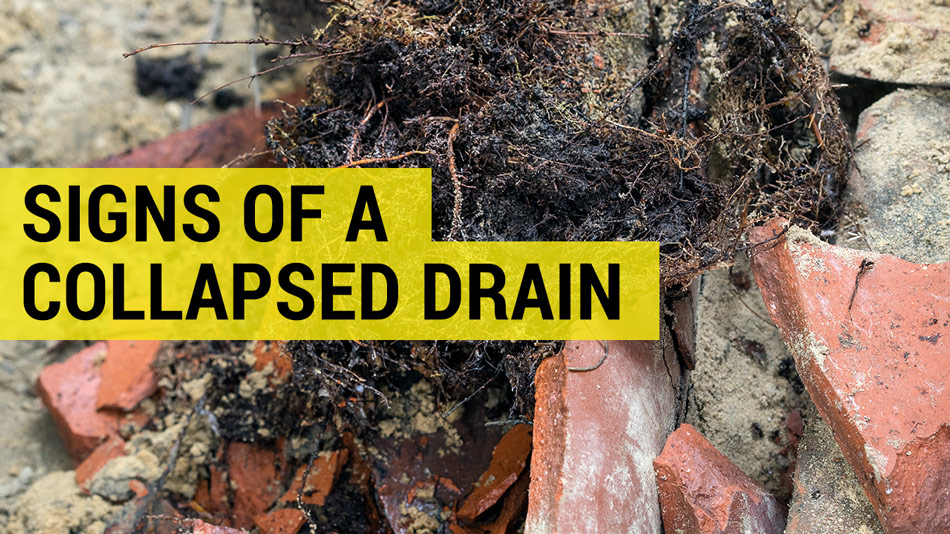 Collapsed Drain? Here are the signs to look out for

When it comes to a standard drainage system, you are likely very familiar with blockages. These mishaps are usually minor and fairly common, but there can be more serious problems that can arise with a drainage system. Drains and the complex maze of pipes that support them are frequently out of sight and mind, but like any mechanical structure, degradation and major obstructions can lead to failure.

A collapsed drain can have many causes: from extreme degradation to something as simple as old age, therefore, it is important to know what the warning signs are.

Blockages are a nuisance, but they are also an accepted standard with virtually all drainage systems. After a blockage is cleared, drain flow is returned to normal and the problem is solved. If you keep experiencing a blocked drain, even after a thorough fix of the problem, this is a sign that something more complex is going on in the plumbing system.

Additionally, and not at all pleasantly, another sign of a possible collapsed drain is the consistent smell of sewage emitting from an area near a drain. This can occur either indoors or out. In virtually all examples of the smell of raw sewage, this is likely the cause of a collapsed drain. A pipe somewhere hidden in the drainage system has eroded or come loose and sewage is literally backing-up into the area surrounding the piping.

Extreme cases that remain unresolved can see sewage seep up into toilets, around the basins of skins, and areas outside where a collapsed drain could be possible. If you ever notice this occurring, immediately contact a drainage professional. Exposure to sewage can cause illness and even disease. A drainage professional can utilise CCTV technology to conduct a thorough inspection of the interior plumbing system to find the problem.

If you have a slow-running drain, this could easily be a sign of a blockage, yet this can also mirror the signs of a collapsed drain. This is especially the case if you have recently cleared a blockage from the drain and the problem has returned. If you have cleaned your drain or recently has it serviced, a drainage professional can return to conduct a more thorough diagnosis.

If a drain is collapsed, the slow lag of the drain is caused when the water is trying to run freely through the pipes below, but the speed of the process is stalled due to the water leaking out of the collapsed pipe. The excess water is coalescing around the small area holding the pipes and will eventually start to back-up into the above drain.

CCTV cameras can probe deep into the drain and seek to locate where a collapse has occurred. This technology has revolutionised plumbing due to the need to no longer dig and demolish the structures above a pipe to first diagnose the problem. If a drain is running slow after a recent temporary fix, you likely have a collapsed drain to contend with.

If there is a collapsed drain that remains unfixed for a long period of time, the wastewater that drains out into the surrounding area near the pipes will begin to grow stagnant, and slowly but surely begin to back-up into the home or the yard. If you have ever walked around your home and the floor or carpet felt damp, this is likely the sign of a collapsed drain. The same thing goes for the outside as well, which may even see random pools of water collecting near drains.

Rodents and insects can appear out of nowhere sometimes, but if you have never had a problem and suddenly start noticing them, this could be a sign of an attractive food or moisture source. A collapsed drain means that water is backing up into the home from the ground. Cockroaches and rats will thrive due to this easy access to an abundance of water. These two pests are ubiquitous in sewer systems, which supply them with both food and water.

In addition to contacting a drainage professional, you will likely need to contact an exterminator to rid yourself of this problem.

The number one natural problem for drainage systems is tree root systems underground. We usually never see it, but tree roots are constantly growing and expanding, which means that when a pipe is in the way of a root, the pressure will build against the pipe over time which causes it to snap to allow the root move past. This can particularly be a problem for older drainage systems whose installers did not take surrounding trees into account during installation.

A drainage professional can use a series of tools, such as rods, and jetting, to break the roots apart and clear them away from pipes. It may also be a good idea to have any trees near the piping removed.

Since the Victorian Era, Britain’s drainage systems and sewage lines have undergone massive transformations. Not every part of the nation has benefitted from this refit though. According to Connect Right, “Unfortunately, over time, the clean sewers in many areas have become polluted by misconnected wastewater.” The sewage and drainage system is not as perfect as it could be, and many areas of the country are still operating World War II level plumbing systems.

The older drainage systems are, the harder they have to work to keep up with expelling waste through outdated piping. When an old drainage system suffers a collapse, you can opt to just have the pipe fixed, but it would be in your best interest to have the entire drainage system reinstalled to meet twenty-first century standards.

What are my Options?

A collapsed drain is a serious problem that requires intensive surveying and technical work to access the problem and then go about repairing the piping that has collapsed. While you can likely do some diagnosing of the problem on your own, there is no easy way to fix a problem of this magnitude. Always consult a professional drainage service to both diagnose and repair the situation.

There can be many different signs which can point to a collapsed drain. An initial sign of this severe plumbing issue can sometimes simply mirror a minor blockage, therefore there are some warning signs that need to be remembered for collapsed drains. If you have recently had a drain serviced or cleaned and the problem immediately returns, there is likely a collapsed drain underground. Fixing a collapsed drain is usually not possible on your own, so a professional drainage company must be consulted, especially if the culprit is tree root systems.

Old piping could easily be the cause of a collapsed drain, but there are many other possible reasons why a drain has collapsed. If you ever notice a foul smell of raw sewage in or around your home, this is likely an accumulation of wastewater that is building up in small spaces. The sight of insects or rodents near drains is also a likely sign of a collapsed drain. It is a messy problem, but once fixed, you can rest assured there will be no problems to contend with in the near future.

PrevPreviousWhat Causes a Blocked Drain?
NextHow to Pressure Wash a Driveway or PatioNext 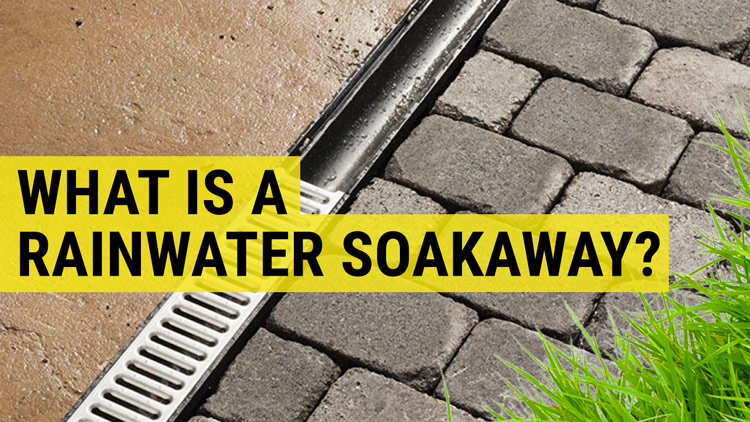 What is a rainwater soakaway? 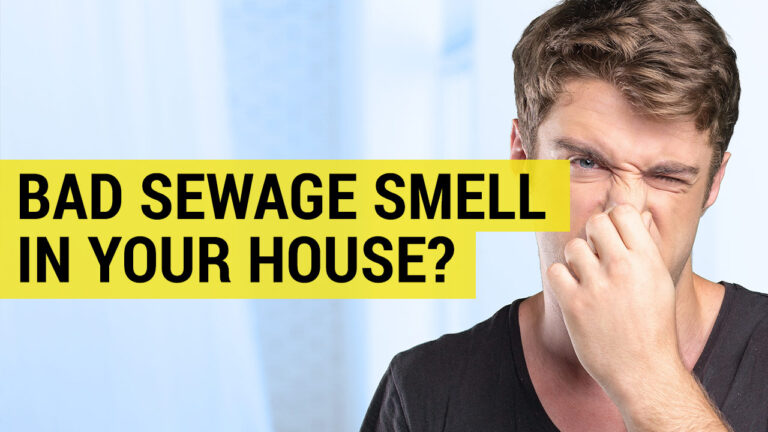 Do you have a sewage smell in your house?

We specialise in drain clearing services, maintenance cleans, CCTV surveys and full homebuyers drainage surveys, all drain repairs whether by way of excavation or lining, soakaway and surface water solutions, pest control and investigation across the Hampshire area.
 5/5

KJC Drainage is rated 5 out of 5 based on 435 reviews on Checkatrade.

We are available for emergency 24 hour drain clearance 7 days a week. Contact us for a FREE quote and no-obligation site survey.
SEE OUR SERVICES

Request a call back by a drainage expert